We have only preg-tested our ewes once before, a few years ago.  We had the same vet do it again this year because we sorted out the 7 ewes of breeding age among 4 ram lambs, each ram had 1-2 ewes in his breeding group.  The ram lambs were old enough to breed, but we had one once that really was a late breeder, so we wanted to be sure all the ewes were pregnant, and, happily, they all were.  We then started giving them a little supplemental grain for the last 2 months of so of their pregnancies.  It has been bitter cold for over a week and the grain gives them some extra energy to stay warm, too.  They are wanting to cuddle up in deep bedding inside the barn until the cold spell passes, which will be around the beginning of next week.  Those are wild turkeys in the background, but when it’s below zero like it had been, they go hide in the woods.  Photo was taken in mid-January during a spell of warm weather when we had lots of fog.  The fog created the rime frost on the fences, trees, and corn stalks. 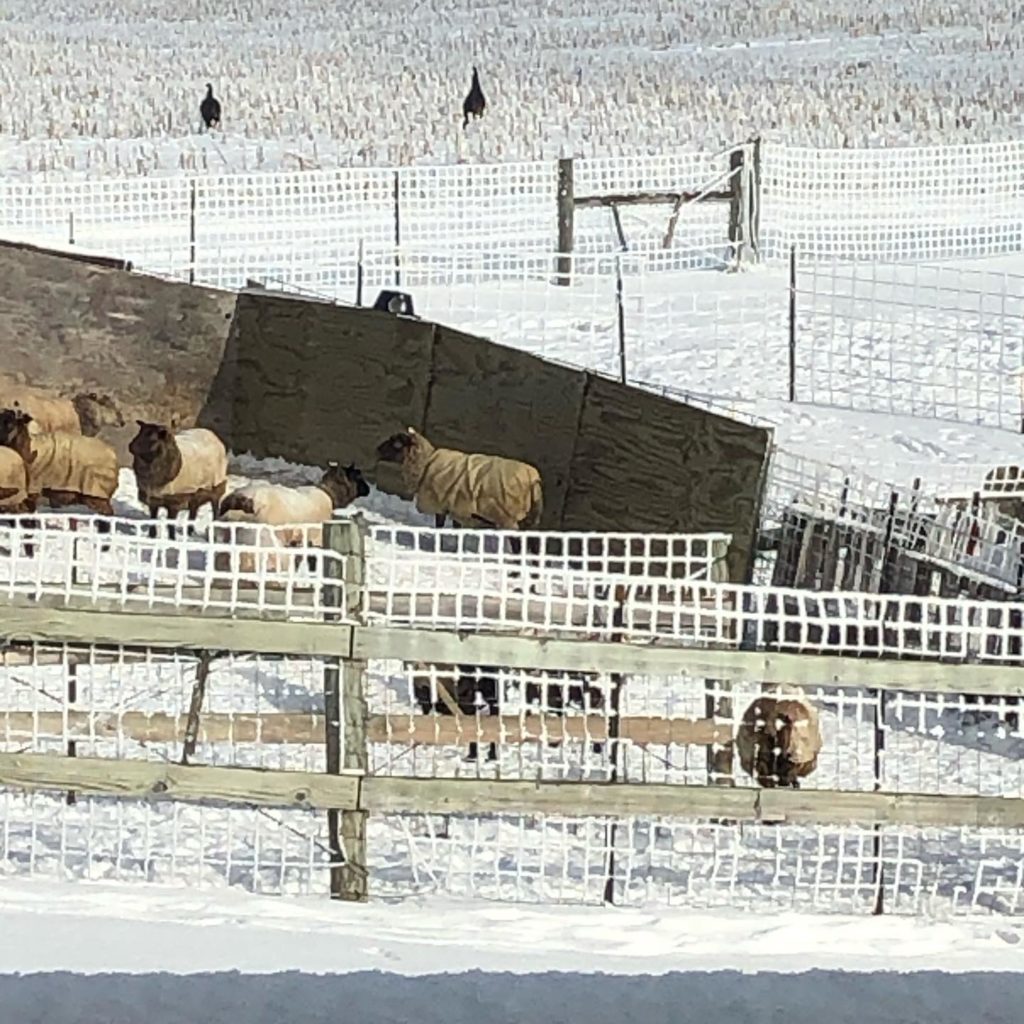 Our First Farm to Table